Eight years ago today, Madeline came into our lives. These days, it’s hard to remember the time before Little Miss Underfoot, our opinionated canine companion, was a part of our daily routine, sharing everything from road trips to routine workdays with Jennifer and myself.

Of course, getting older comes with its challenges. We’re up against Cushing’s syndrome, Glomerulonephritis, and Hypothyroidism, not to mention assorted warts, bumps, cysts, and aches and pains, but that’s par for the course when you’re a fourteen-year-old Shih-tzu. Plus, we’ve recently had to transition Maddie from a canned-and-kibble diet to a home-cooked one of boiled chicken and sweet potatoes (and there’s nothing quite as comical as a pair of vegetarians attempting to figure out how to cook chicken for their dancing, hungry dog). But Maddie’s as happy as she’s ever been (so long as she gets in her several naps and at least one romp around the block a day), with plenty of attitude (Maddie-tude).

So what did we do to celebrate the day? Drop by the Country Vet for an early-morning blood test (and a romp through their zen garden), what else? And this afternoon? Some serious sitting by the fireplace and reading.

So raise a glass (of Metamucil?) and share a toast with us: To eight years of Maddie, our fourteen-year-old Shih-tzu. And to many, many more.

And here’s a round-up gallery of the last seven Maddie-versaries: 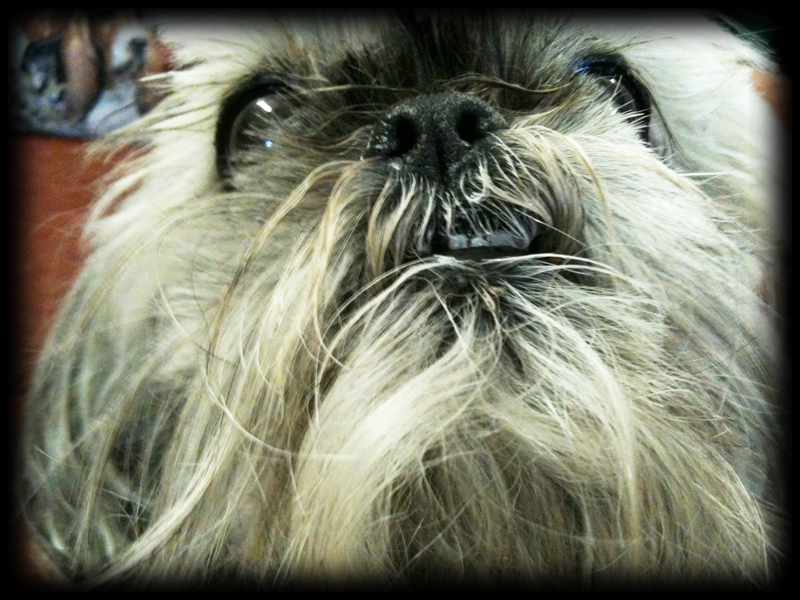 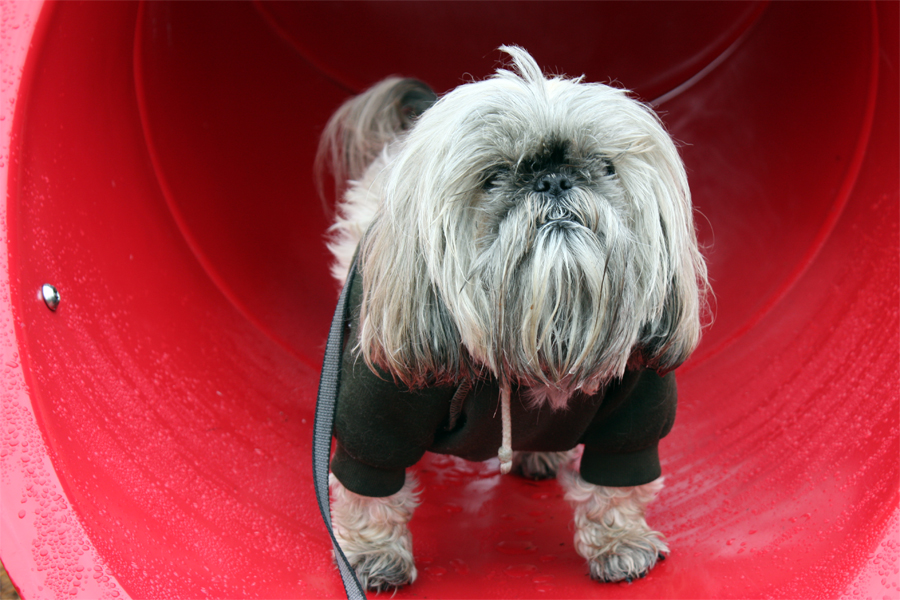 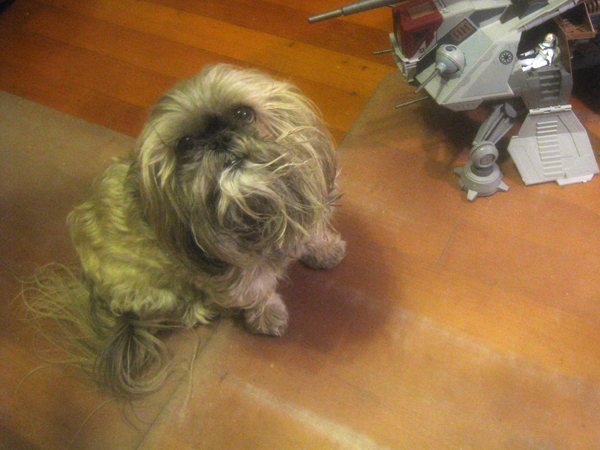 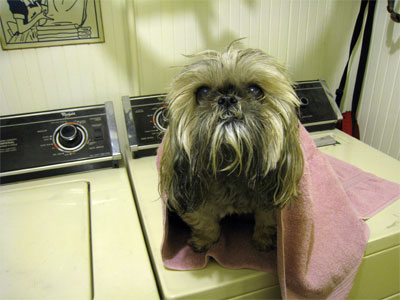 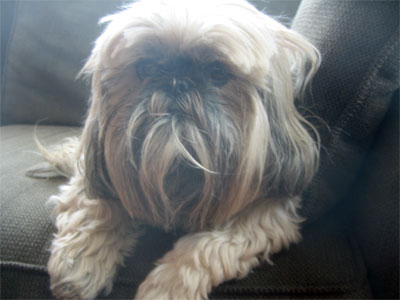 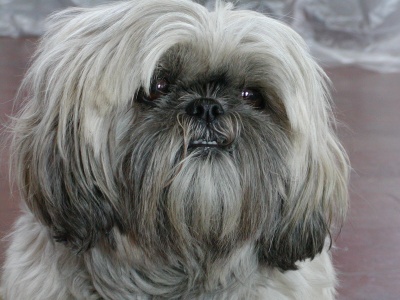 “Thanks for sticking around, folks!” says Maddie.