No Breakfast / The Return of the Lampshade Dog

No Breakfast / The Return of the Lampshade Dog

“How ’bout scrambled with cheese and tomatoes?” asked Maddie.

“Nope,” I said. This was early this morning, and I sat at my desk, catching up on e-mail while she lay in her bed behind me.

“Over easy?” continued Maddie. “Or an omelet? Runny side up or poached or boiled. With bacon. Or, you know, that fake bacon stuff you guys keep around.”

I shook my head. “Double nope.”

“What about toast? I could really go for some toast. Sourdough, with butter. Or wheat. I like wheat. Or I could have a bagel. Or pancakes. With blueberries. Or French toast. With peanut butter!”

“Still nope. We’ve been over this. You know the rules. As of midnight, no food or water until after you get home from the vet.”

“That’s not fair,” Maddie complained. “So what about coffee?” she asked about a minute later. “If I can’t have breakfast, I should at least be able to have coffee.”

“Nope,” I answered, turning around. “No coffee. No tea. No juice. No milk. No soymilk. No water. Trust me, you don’t want to get sick at the vet.”

“Oh, foo!” Maddie harrumphed, flattening herself out in her bed, pouting. After a few moments she spoke up again, saying, “What about espresso?” 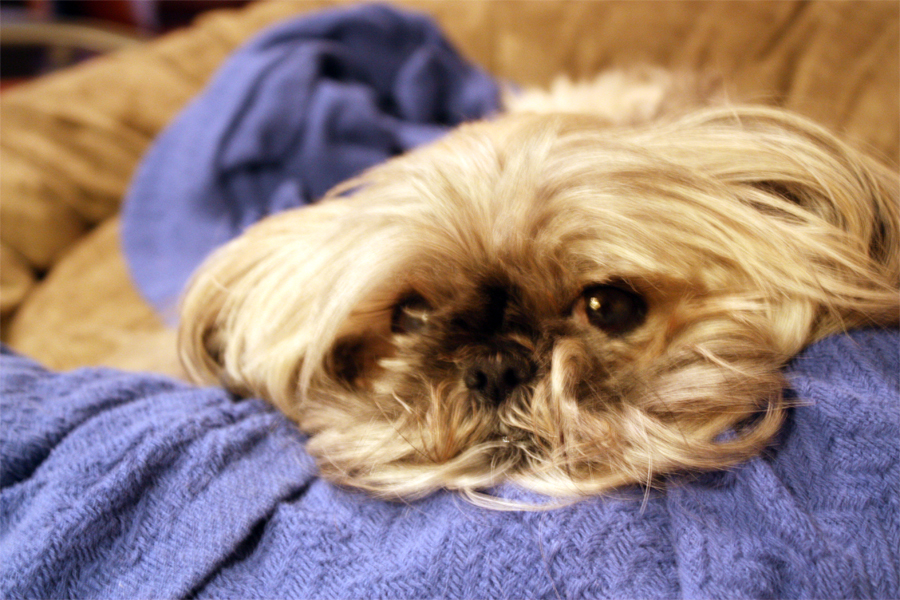 So, Maddie’s seeing a new vet.

Long story short, Maddie’s previous doctor, Chuck Galvin, has been dealing for several years with the repercussions of questionable claims made by a disgruntled former employee. In November of 2009, the California Veterinary Board (in, IMHO, a classic “wheels of the justice system run amok, crushing the innocent” decision) decided to revoke his license to practice. Hopefully, when Dr. Galvin becomes eligible to file for reinstatement in November 2010, saner heads will prevail.

But Maddie needed her shots this month, not to mention a couple of other things that we wanted to have checked out (a couple big bumps and an ear that’s been bothering her), so we took a friend’s recommendation and booked her in to see Dr. Kat at The Country Vet in Novato.

Dr. Kat first saw Maddie on Saturday, and upon examining her, determined that we needed to bring her back in to remove one of the two bumps and so that she could clean out Maddie’s yeasty, infected ears (yes, both of ’em). Minor surgery, but still, surgery. That followup appointment was today. I dropped Maddie off at 9:30, planning to pick her up after five tonight. But Dr. Kat called at about one-thirty, saying that Maddie was all ready to go (and ready to go), so I drove back down to Novato, picked up Jennifer from work, and we headed over to pick up Little Miss, who has to endure a course of antibiotics and wear an Elizabethan collar (also called an “e-collar,” but that sounds like something from a cyberpunk story, so I’m sticking with the more formal “Elizabethan”) for the next ten-to-fourteen days. “How do you feel, Miss Maddie?”

“Like my head’s a lightbulb. But maybe that’s just the pain medicine.”